Lauren Demers is a 4th year PhD student in the Developmental Psychopathology and Clinical Science program at ICD. Lauren’s program of research focuses on the developmental and neurobiological mechanisms undergirding adaptation following childhood adversity. Through her work, she hopes to identify influences that counter adverse effects of child maltreatment on atypical brain development and emotionality, including self-harming behaviors. Ideally, this work will ultimately inform the development of effective interventions that foster resilience in at-risk populations. Additionally, Lauren is involved in pediatric neuropsychological assessments at the University of Minnesota Psychiatry Department, where she also works as a therapist working with children and families.

Max is a fourth year Ph.D. student on the developmental science track. His research primarily focuses on how stress affects brain development in adolescence and adulthood. Specifically, he uses structural and functional MRI to investigate large-scale functional brain network development following early life stress, to identify the neural correlates of decision-making and risk taking in adolescents, and to evaluate patterns of brain connectivity associated with psychopathology. 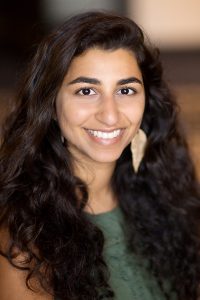 Shreya Lakhan-Pal is a graduate student in the Cognitive Development and Neuroimaging Lab. Her core interests are in the development of emotion processing and regulation during childhood and adolescence. As a student in the Developmental Psychopathology and Clinical Sciences track, Shreya is also particularly interested in the relationship between early adverse experiences and the development of psychopathology. She is investigating how emotion regulation is instantiated in the brain through EEG data collection during the transition to adolescence, and fMRI secondary data analyses. Shreya is also a practicum student at the Minnesota Epilepsy Group, working on pediatric neuropsychological assessment. 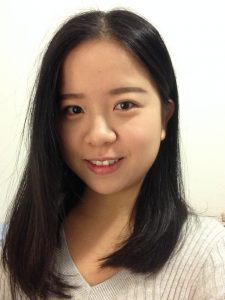 Danruo is a first-year doctoral student in the Developmental Science track in the Institute of Child Development at UMN. Her research interests lie in stress neurobiology and development through early childhood and adolescence. She is particularly interested in how early life adversity and environmental toxins shape children and adolescents’ central stress response system (e.g. HPA Axis), and how they might affect children’s brain development, as well as their mental and physical health in the long run.

Meriah DeJoseph is a Developmental Psychology Ph.D. student at the University of Minnesota’s Institute of Child Development (ICD). She holds a B.S. in Cognitive Neuroscience from the University of California, San Diego (UCSD) and a M.A. in Psychology from Teachers College, Columbia University. Prior to joining ICD, she worked as a Lab Manager at New York University, where she coordinated various projects examining the long-term effects of poverty-related adversity on children’s self-regulation development. She hopes to continue this line of inquiry in graduate school while further exploring the neurobiological mechanisms linking cumulative poverty exposure and later child adjustment. She is especially interested in identifying protective mechanisms underlying resilience and translate this knowledge in ways that can be used to inform prevention efforts.