When your child goes to college

Although we think of college as a time when young adults experiment with alcohol, the college years are rarely the first time students have faced decisions about alcohol. According to the nationally representative Monitoring the Future Study, in 2017, 33 percent of high school seniors reported having had alcohol (more than just a few sips) within 30 days prior to the survey, and 19 percent reported binge drinking within the previous two weeks. Moreover, 87 percent of seniors said it would be fairly easy or very easy for them to obtain alcohol.

Although alcohol use begins before students arrive at college, pressure to misuse alcohol may be intensified when a student starts college and is interacting with new peers, is exposed to new norms about alcohol use, and parents are less present. College students are in a life stage characterized by risk and testing their limits to find out who they are, living in a relatively unregulated environment surrounded by same age peers. The transition to college is a critical time for parents to intervene and work to prevent alcohol misuse.

Young adults are thinking about how others perceive them. It may be that students acquire ideas (from media and through social norms) that drinking moderate to large amounts in college will make them more fun and exciting to their peers. Adults and students alike participate in behaviors that they have the most positive attitudes towards. In college there is often support from peers for drinking; and the more a student perceives others as drinking heavily or approving of heavy alcohol use, the more likely a student is to drink heavily. Fortunately college is also a time when young people start to think about the consequences of alcohol use, and they become better able to make responsible decisions.

Students sometimes drink because they think alcohol makes it easier to meet other people, relaxes their social inhibitions, and helps them have more fun. Seventy-five percent of first-year college students report performing at least one risky behavior (most commonly alcohol use) during their first semester in order to “fit in”. When asked whether they believe alcohol has the following effects, the percentages below indicate the rates of college students who answered “yes” (Alcohol and Drug Survey).

Myth: I don’t need to worry about my daughter drinking. She doesn’t like the taste of alcohol. 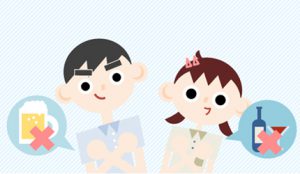 Reality: Many college students don’t like the taste of alcohol when they arrive at college. The so-called alcopops (alcoholic beverages that taste like soft drinks or fruit juices), Jell-O shots, and mixed drinks make alcohol more palatable. Whether or not a student likes the taste of beer or wine does not predict drinking patterns.

A number of risk factors during a student’s senior year in high school have been identified: (Schulenberg et al., 1996)

No matter what a student’s high school drinking record was, one of the first and most critical social decisions that he or she will make at the University relates to alcohol. Nearly all students will encounter alcohol at some point, whether they use it themselves or deal with a roommate, a friend, or a neighbor who is drinking. It’s important for parents and students to keep in mind that choosing whether or not to drink is not a one-time decision. Students will have multiple opportunities nearly every weekend to attend parties where alcohol is served, and they will be making a choice every time an opportunity comes up. Consequently, we can’t accurately predict significant increases or decreases in binge drinking during the college years and beyond. Even dangerous levels of drinking during the college years do not always indicate a long-term problem with alcohol use.

Myth: My child drinks beer but not hard liquor. It’s not a problem as long as he stays away from the hard stuff. 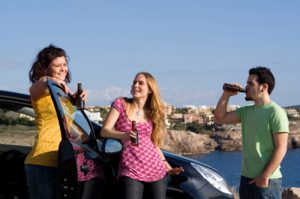 Reality: The alcohol content of a properly mixed drink, such as rum and cola or gin and tonic, is approximately the same as the alcohol content of a can of beer or glass of wine. Students often believe they can drink more beer because it’s not as potent as liquor; as a result they end up consuming as much or more alcohol as if they were drinking liquor.

For more information and tools to talk with, support and empower your student to make a successful transition to college, take on increasing responsibilities, and gain the most from their years at the University, click here.